The threat of tornadoes and hail in North Central Texas kept us from a trip to Lincoln, Nebraska to see the collection of paintings by Ralph Blakelock. While the storms proved damaging in Oklahoma and Iowa, they stayed away from Texas and allowed for two trips over the weekend to the Dallas Art Fair.

Held in the Fashion Industry Gallery (FIG) next to the Dallas Museum of Art, the event brings together galleries from around the DFW region and well, world. As can be expected, many New York Galleries were represented, as well as Santa Monica, Santa Fe and even London and Monterey, Mexico. Some 75 in total set up in this attractive space covering two floors of the building.

From conversations I understand this is the fourth year of the show and “much bigger and better than in 2011.” We’ll be posting more on the art and artists in the coming days. Here are a few highlights.

We were informed these large images of Jackie Onassis Kennedy and John Kennedy were headed to the Sixth Floor Museum in Dallas. 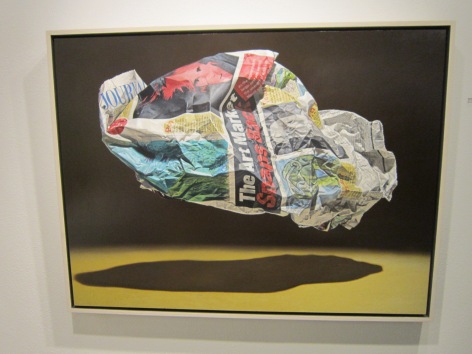 This striking work by Steve Mills, “Snaps Back” was priced at $60,000 and offered by Gallery Henoch of New York, was marked sold. 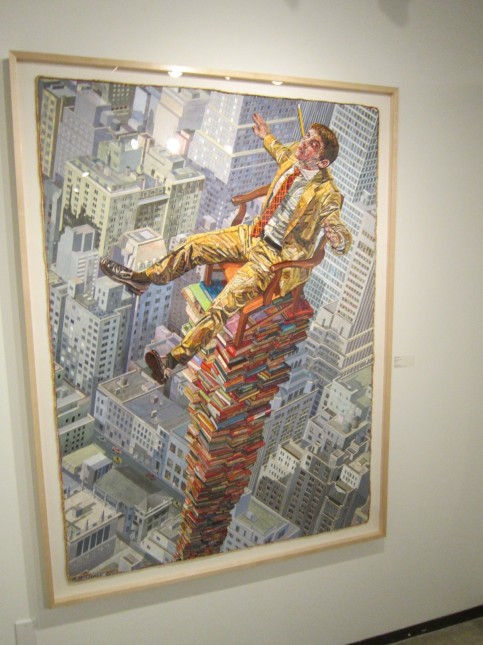 We first noticed the work of Mary McCleary on a visit to the Crystal Bridges Museum of American Art in Bentonville, Arkansas. The asking price for this monumental work was $60,000 and appears to be destined for a private home in Dallas. 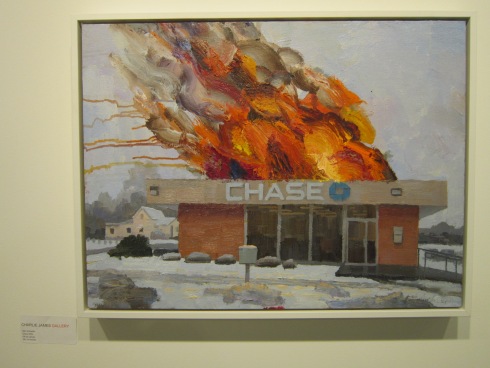 Some of the most engaging objects, many humorously, were offered by Charlie James Gallery of Los Angeles. This is Chase, Ohio by Alex Schaefer. 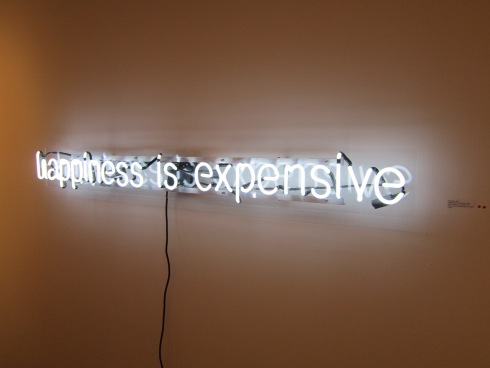 Several objects seemed ready-made for GCB, including this one reminiscent of Glenn Ligon. æHappiness Is Expensive” is by Alejandro Diaz and offered by Conduit Gallery. (Thanks Jordan.)

One thought on “Into the Dallas Art Fair”