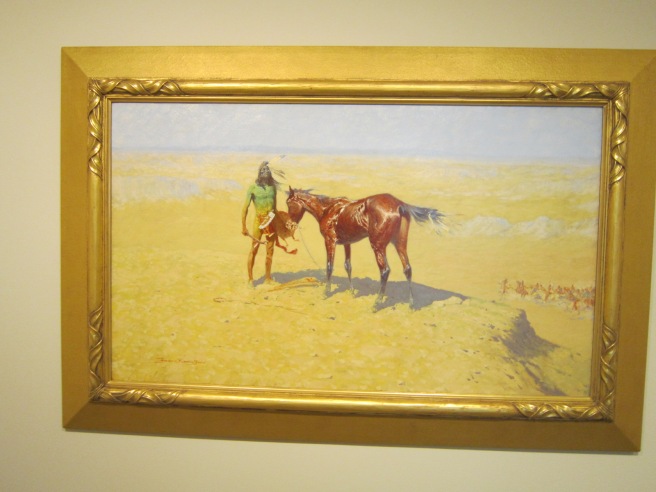 I was at the Amon Carter Museum of American Art to give a docent tour today and took another look at a work called Ridden Down by Frederic Remington. You can see a painting a dozen times and then finally connect to it, or connect to it in a new way.  Today I noticed a quote on the label. I read it several times and understood at once how we arrived at having museums with canvases as white and blank as the walls.  I would not think it should end consumate with blank canvases, as it is also the recipe for a really good representational painting. The quote reads “Big art is the process of elimination. Cut down and out– and do your hardest work outside the picture, and let your audience take away something to think about– to imagine.” You might compare Ridden Down to the work by Church and Bierstadt, and then think about the way early and later film makers produced their work.