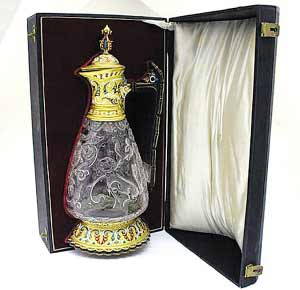 I have seen works by Western Pennsylvania painters such as George Hetzel or Joseph Woodwell fetch three or four times higher than their estimated value at auction. But one week ago, such misvaluation might have reached a record as the item was auctioned 1000 times higher than the estimation.

A cracked and damaged claret jug listed for auction at £200 was sold in Lawrence’s auction at £220,000. But the expert said it is a 1000-year-old Egyptian antique worth £5 million. It is in fact one of the six jugs available nowsdays made for the rulers of Egympt’s 11th century Fatimid dynasty. It is, according to an expert, the Holy Grail of Islamic art. Records have it that the last of its kind to be sold on the open market was in 1862 when it was bought by the Victoria & Albert Museum.